We Race What we sell 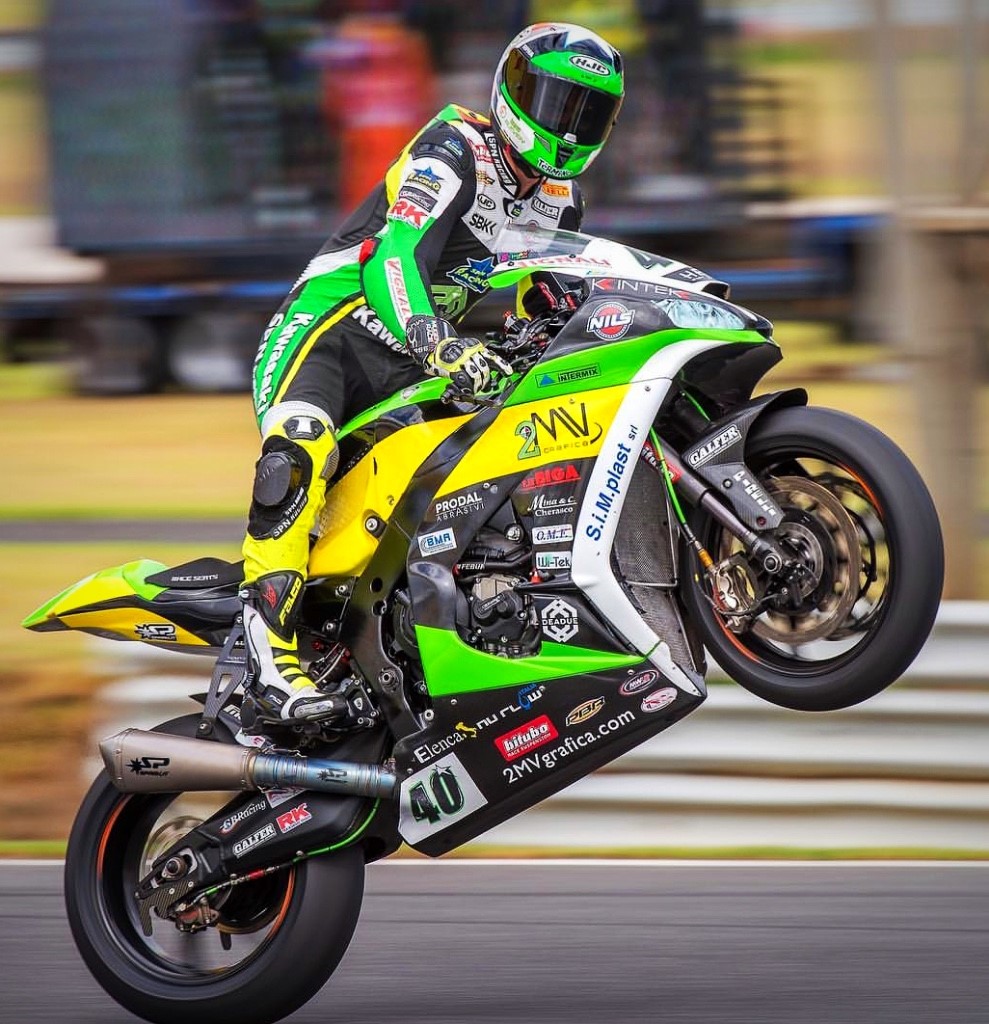 The weekend of February 13 2018 was characterized by continuous climate change and the introduction by race direction of the "Flag-to-Flag" procedure in Race 2, for the first time after 30 years of WSBK: riders were forced to change the rear tire during the race, between the 10th and 12th lap.  > Team Orelac Racing VerdNatura [...] 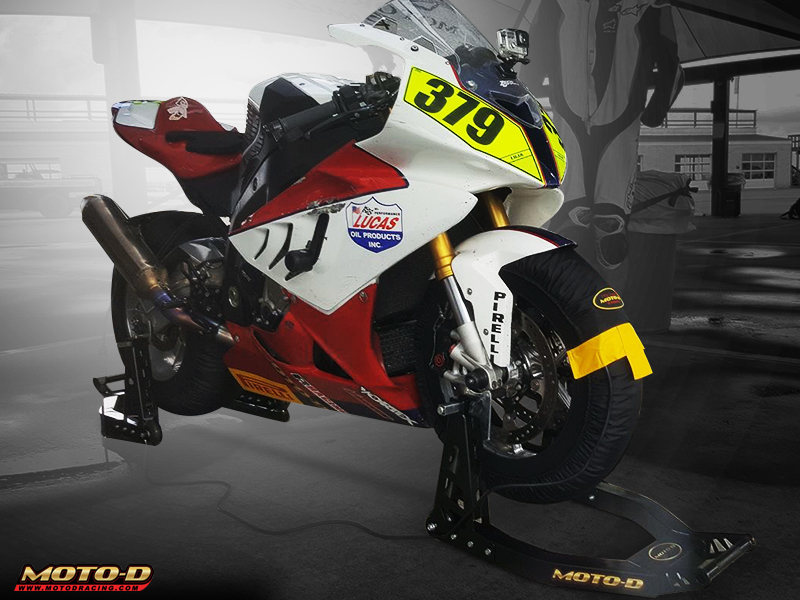 Cheap motorcycle stands, are they really worth it?

Motorcycle riders often confuse the words "cheap" and "inexpensive" when it comes to buying front and rear stands for their sportbikes. Cheap brands are everywhere and are often associated with a wobbly design and no customer service. On the contrary, MOTO-D has come to the rescue.... by offering high-quality motorcycle stands that are "inexpensive" and the [...] 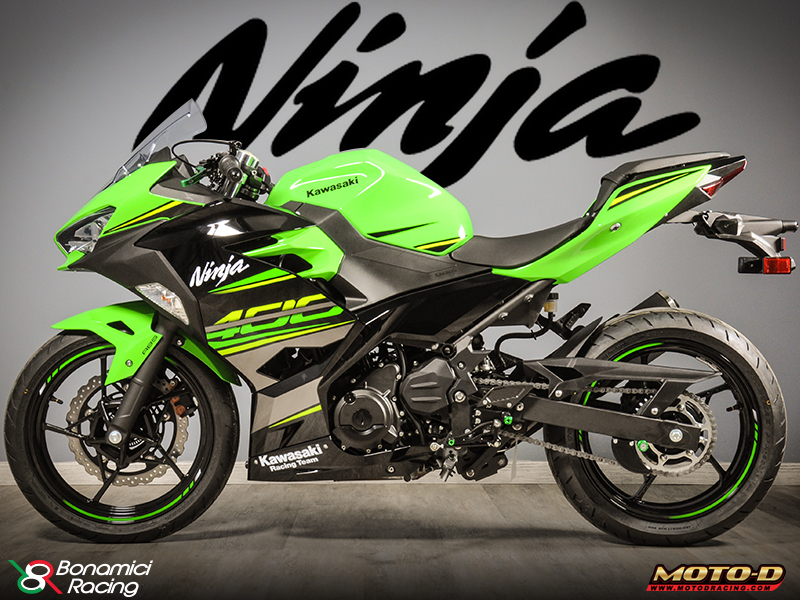 Enter the newest small sportbike on the market vying to be king of the lightweight class, the 2018 Kawasaki Ninja 400. Now match Kawasaki's newest sportbike with Bonamici Rearsets, 3-Piece Engine Case Savers, Clip-Ons, Folding Levers, Keyless Race Gas Cap, and Brake Lever Guards for the ultimate bike on the grid. The biggest update to the [...] 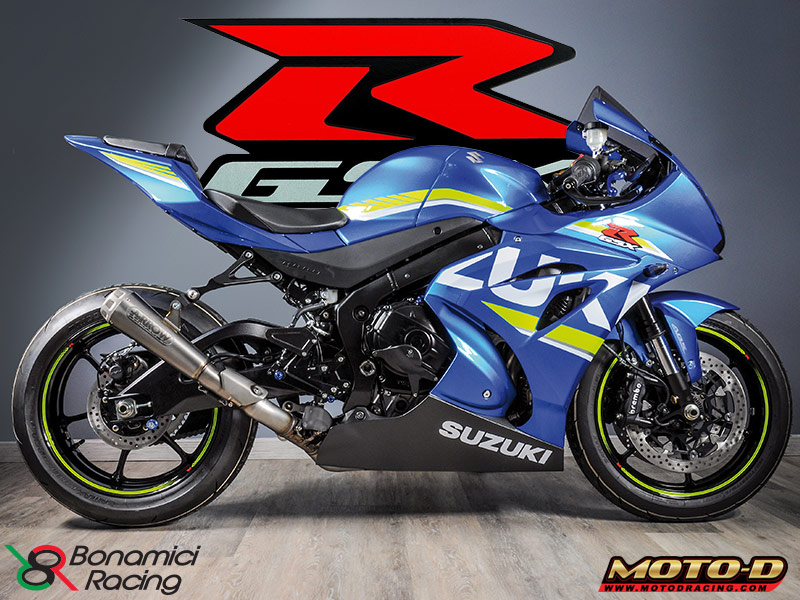 Bonamici Rearsets are one of the BEST upgrades for your 2017+ Suzuki GSX-R 1000!

One of the best ways to improve your lap times during track days or to build confidence on the street is to upgrade your footing with the Italian made Bonamici Rear Sets for the 2017+ Suzuki GSX-R 1000 Sportbike. They are highly adjustable rearsets capable of upping your game, while enhancing that mean "GSX-R" look. For 2017, Suzuki [...] 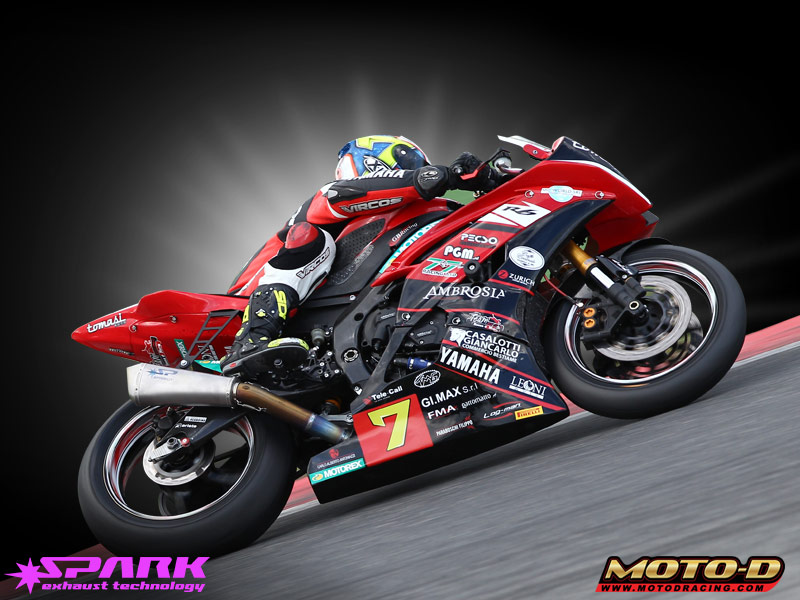 What's the best sounding exhaust for a Yamaha R6?

Yamaha R6 riders already know they have one of the most capable motorcycles on the planet and one of the best ways to wake up their bikes is with an exhaust system like the one from Spark Exhaust Technologies. 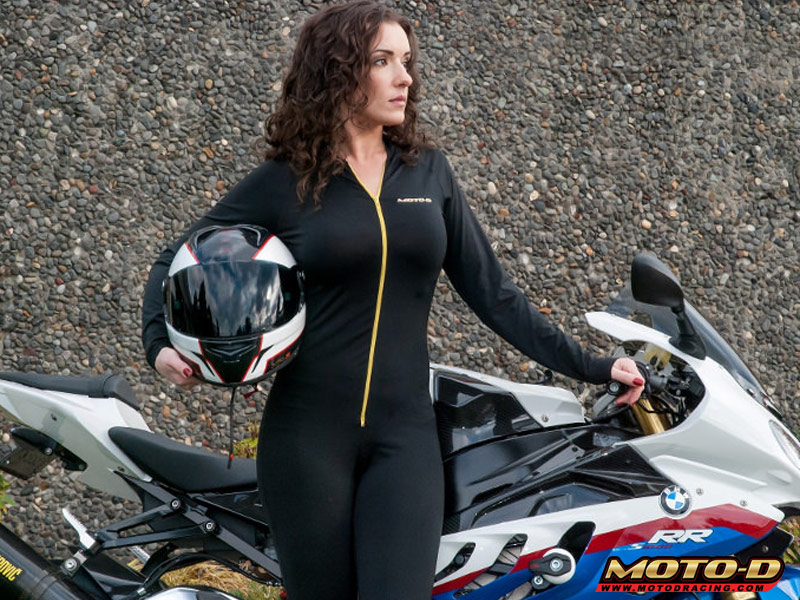 What's the best way to stay cool during summer sportbike riding and trackdays?

For serious sportbike riders, street, track, and race - one of the best ways to keep cool during summer riding is with a MOTO-D "Cool-Tec" Motorcycle Undersuit which has become the #1 Choice in the Paddock Everywhere! The reason is simple - comfort. Reviews by our customers confirm the special fabric found in the MOTO-D Undersuit provides [...] 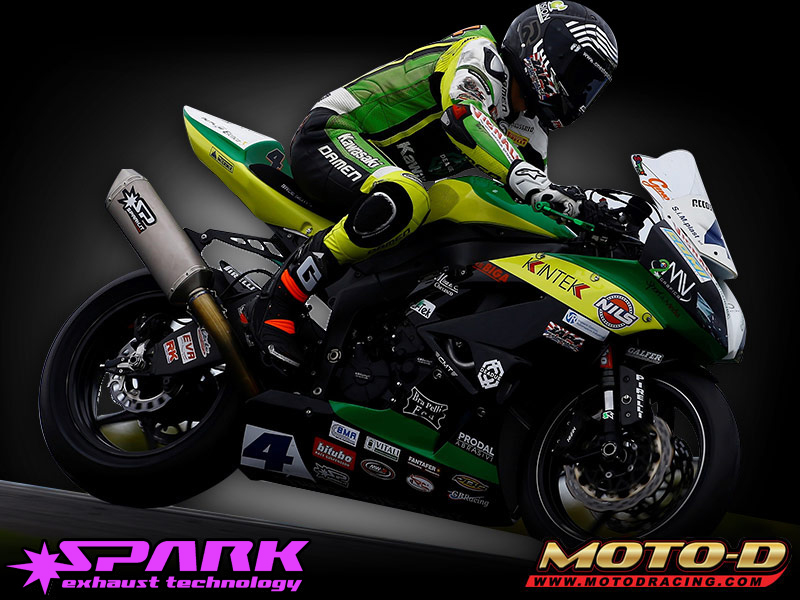 Kawasaki ZX-10R riders all over the world know that  Spark Italy's Full Titanium Exhaust System for the 2011+ models make incredible power and rivals other exhaust manufacturers costing more! Regardless of the technology placed into the new Kawasaki ZX-10R (2016+) or previous generation (2011-2015), one change to extract all the design, technology, and power of big Japanese [...] 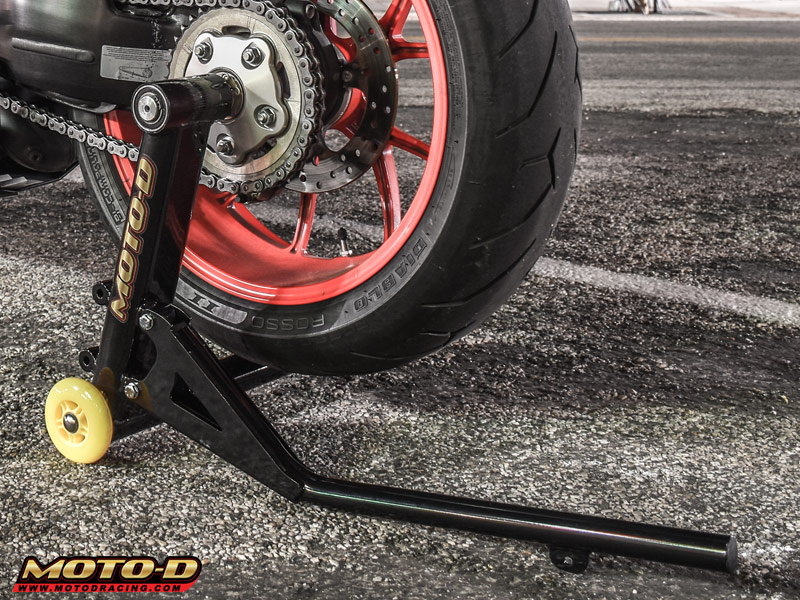 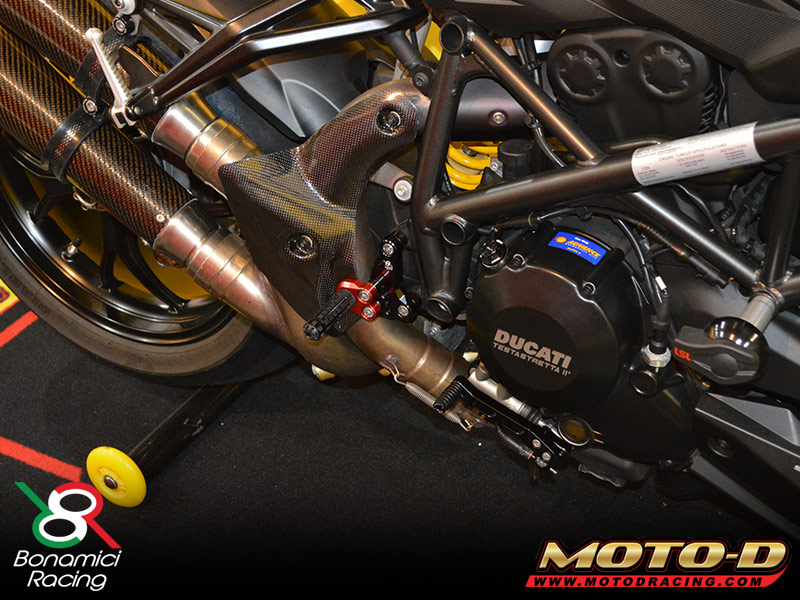 Looking for the best rearsets for your Ducati Streetfighter? Produced in Otricoli, Italy by Bonamici Racing, their adjustable Ducati Streetfighter 848 / 1098 Rearsets perform and look amazing!  Made in Italy using CNC technology for tight fitting parts that fit perfectly on the bike and give the rider an exact feel. Bonamici rearsets use bearings, which [...] 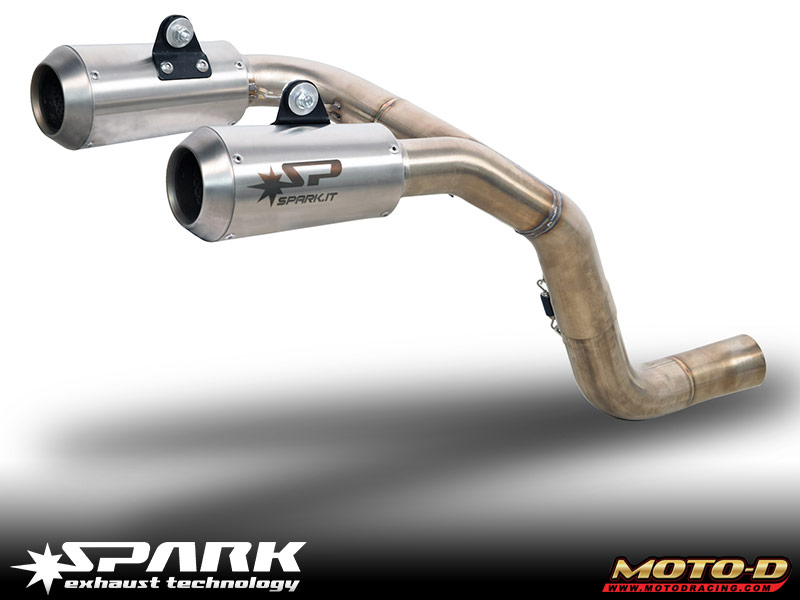 When unveiled in fall of 2015, the Ducati Monster 1200 R immediately garnered the respect of Ducatisti across the globe. The top tier of the Monster lineup arrives with a 160-horsepower Testastretta 11-degree Dual-Spark 1198cc V-twin transplanted but detuned from the Multistrada and older 1198.  The bike is absolutely gorgeous, but the exhaust…well, that’s debatable. For those [...]