From MotoGP Argentina to National Championships in Spain and Italy, Spark Exhaust Technologies racers enjoy an exciting weekend full of victories and podiums.

This past weekend, the 2nd round of the 2018 MotoGP series was hosted in the Termas de Rio Hondo circuit in the northern province of Santiago del Estero in Argentina.

Great emotions for Spark at the Grand Prix of Argentina where Mattia Pasini (Team Italtrans) qualifies 4th in a semi-dry qualifying session but jumps out into first place after only two laps of the race. "Paso" leads an incredible race where he fights with his distinctive passion and determination and dominates throughout the race, up to the checkered flag. It's a well-deserved victory that earns him top of the box. 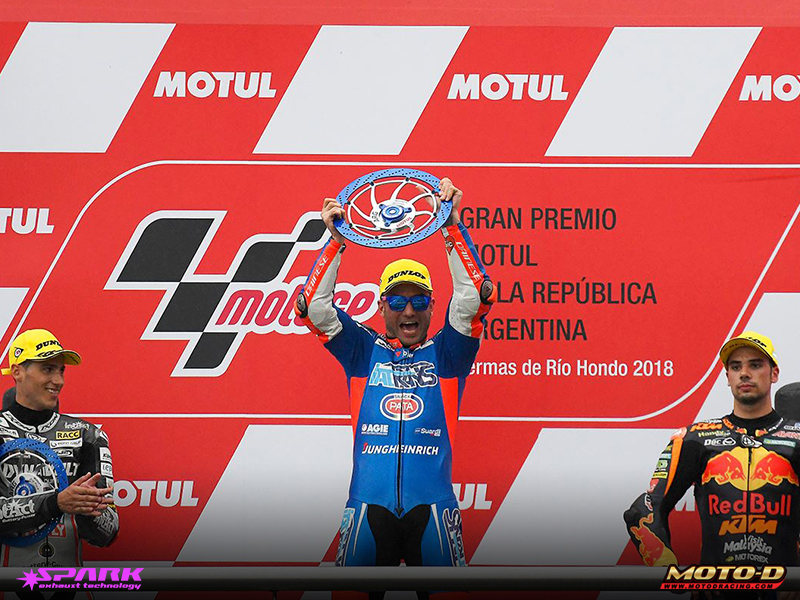 Great news as well for Pasini's team-mate, Andrea Locatelli who recovers from a 26th position start and reaches the points with a 15th finish placement. 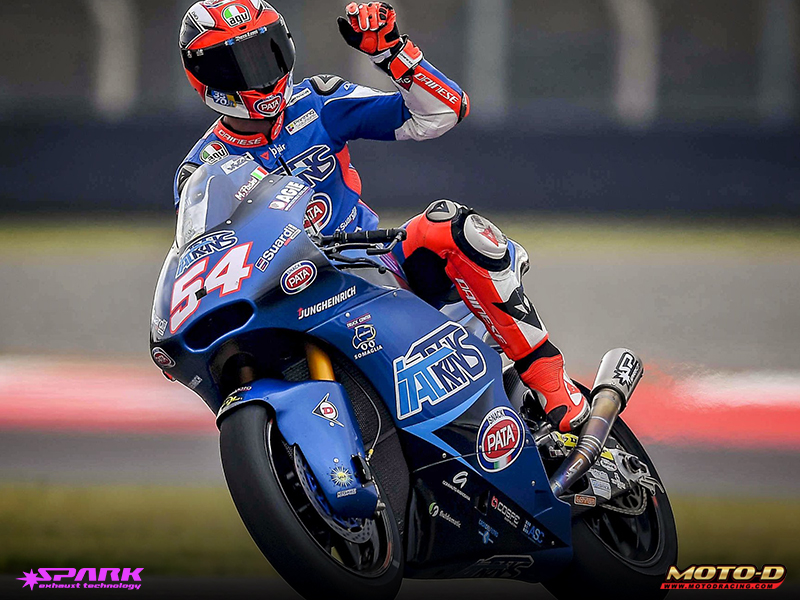 The South African rider and NTS RW Racing GP Team, Steven Odendaal gets a good 14th place during qualifying but the difficult weather conditions slow him down during the race for an 18th place finish. 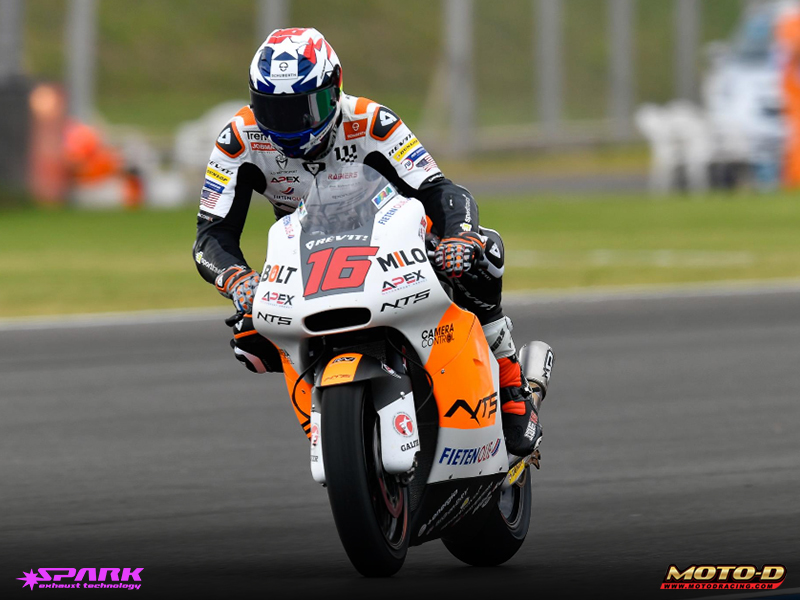 A 25th place for his team-mate, the American rider Joe Roberts who's the protagonist of a good Top 10 during qualifying.

Also Team Forward Racing, Stefano Manzi starts well and manages to reach a good 9th position. However, a mistake by an opponent forces the young rider of VR46 Riders Academy to go off-track and then cut the finish line in 21st position. His team-mate Eric Granado does not find the right feeling with the bike and finishes 29th. 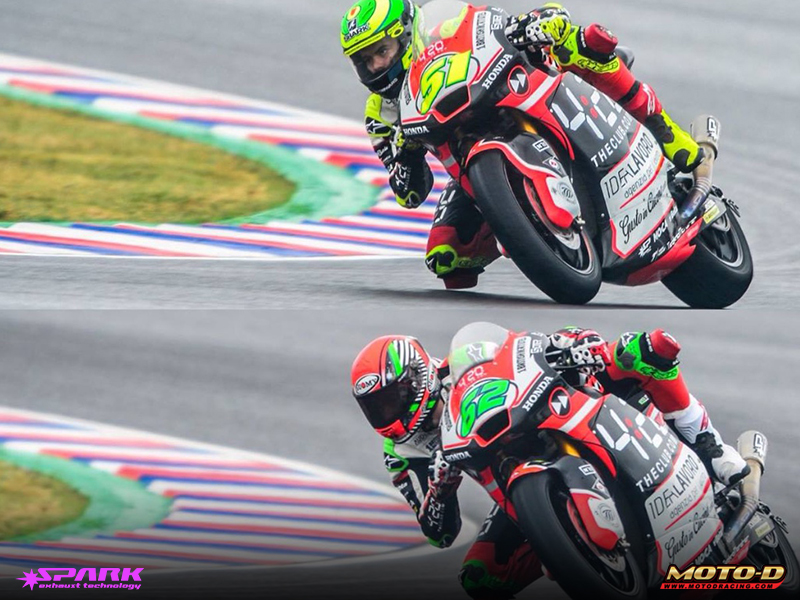 A 26th position for the Malaysian Zulfahmi Khairuddin of the SIC Racing Team dealing with the wet track for the first time with his Kalex. 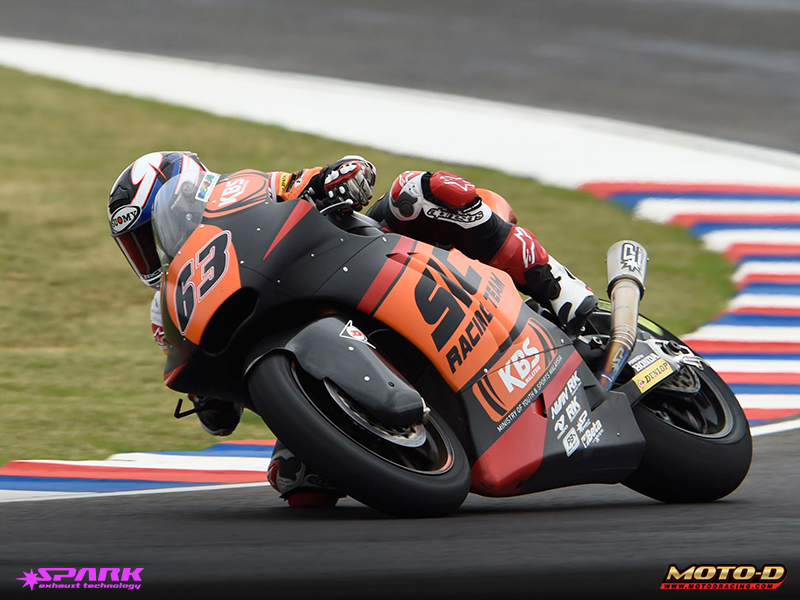 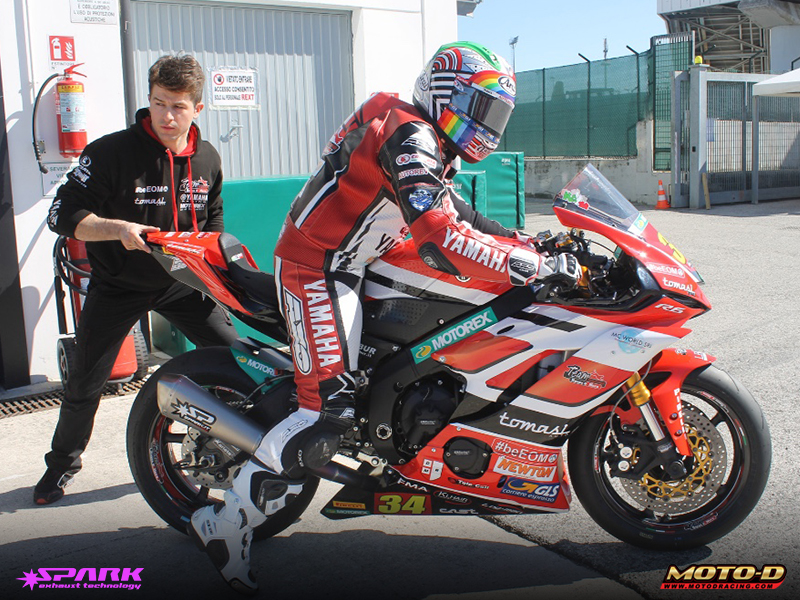 National Trophy 1000: the debut of the Ducati V4 is eagerly awaited in the Open category. However, the first and second step of the podium are for the BMW S1000RR choosing Spark exhaust. First place for Federico D'Annunzio (FDA Racing) and second place for Salvadori Luca (Berclaz Racing), excellent race also for Remo Castellarin (AS Cast 16 Corse) almost reaching the podium with 4th position. National Trophy 600: Success for Stefano Casalotti who conquers Pole, fast lap and 1st place at the first round in Misano. 3rd place for Germano Romano, Team Rosso & Nero.

Supersport600: Incredible victory for Kevin Manfredi in Race 1 for Team Rosso & Nero. Kevin starts from the third position but after some problems he finds himself in 18th position. He does not give up and starts a 17 positions-comeback with his Yamaha R6. He finally crosses the finish line in 1st position. Manfredi fights also in Race 2 and manages to reach the third position so that he's at the top of the general standings. Excellent 6th position for Stefano Valtulini in Race 1 (Pleo Racing team, Black Flag) on Kawasaki. 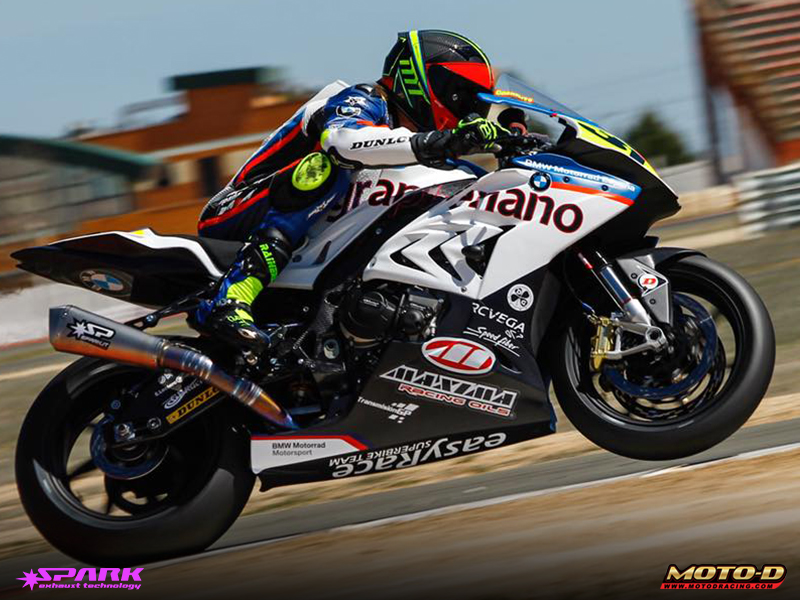 The 3rd Round of the MotoGP World Championship will be back in action at The Circuit of the Americas in Austin, TX on April 22, 2018.